Remember when doctors regularly made house calls--and always brought a doctor's bag?  We have one of those bags. We also have a wooden wheelchair, nurse uniforms, an early portable electrocardiogram machine (housed in a wooden box), and bricks from the old Bethania and Wichita General hospitals.  The centerpiece of the Medical collection is an iron lung originally from Archer County. 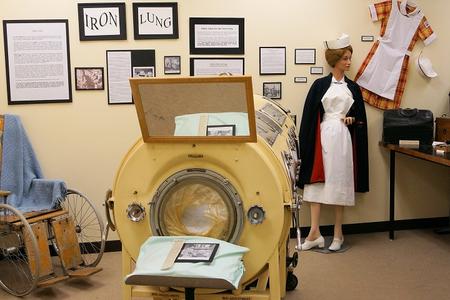 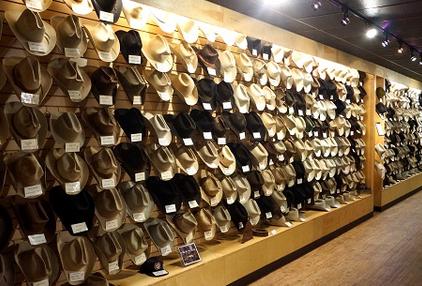 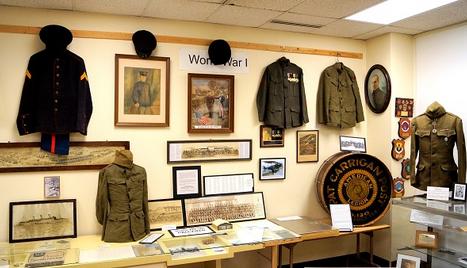 The Heritage Hall is home for an amazing collection of western hats known as "Nat’s Hats." Clay County native Nat Fleming has worn many hats in his life, including that of owner and operator for more than 50 years of a western wear store called The Cow Lot. When a customer bought a new hat, Nat kept the old one and then put it on display in the store. When he finally closed the store he donated those 500 hats to the Museum. Each hat is identified by owner, and "Nat’s Hats" represents a true cross section of people.  The Heritage Hall also has the TV studio set for RFD-3, a daily morning news program that was on the air for 47 years, hosted by area icon Joe Brown. Also featured are the inside ​of the old Monroe Street post office, replica storefronts, and items related to ranching – another major part of our past and present. 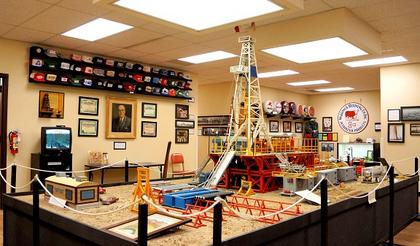 Lloyd "Bill" English is a longtime Wichita Falls resident
​who was a Marine aviator in WW II flying a P-51 Mustang. Bill fought at Iwo Jima, and he has been involved in the

Iwo Jima Survivors Reunion hosted in the North Texas area for over 30 years. Reunion attendees started donating items they wanted to share, and Bill undertook the task of collecting and organizing those items. The burgeoning collection was first housed in a room in the Wichita Falls Public Library, and then moved to its current home, where it occupies 6 rooms. One of those rooms is devoted to the battle of Iwo Jima. Another room houses the unique Bill Carter ship collection–handmade, highly detailed replicas of naval vessels--and one room features the role of women in the military. The entire collection has artifacts from the Civil War up through the conflicts in Iraq and Afghanistan. What makes the Bill English Military Collection particularly special is that the vast majority of items have come from people with a direct connection to North Texas. 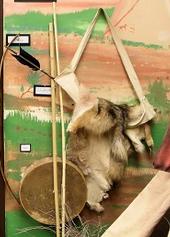 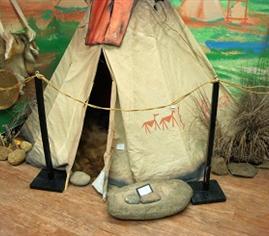 The Oil & Gas industry has been a major part of life in North Texas since the Clayco No. 1 well in Electra struck oil on April 1, 1911.  Among our collection are a scale model of an entire drilling operation, a video on the drilling process, photos from the boom days, an extensive collection of gimme caps from the oil patch, and drill bits.

Native American tribes have had a lasting impact in North Texas.  This can be seen in part in the names of some area cities.  Nocona and Quanah bear the names of Comanche chiefs, and Wichita Falls derives its name from a Choctaw word. Our Native American collection includes pottery, tools, arrowheads, a scale replica of a tepee, and accurate reproductions of dress and weapons.

Our permanent collections form the foundation of the Museum.

They represent elements which built North Texas and are still part of our lives. 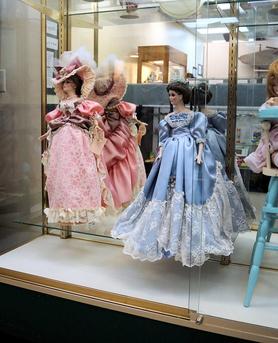 ​Mary Thomas had a passion for history, as reflected in her decades-long teaching career and her service to this Museum.  She was a longtime member of our Board and the creator and director of our "Bit of History" lecture series.  One of her desires was to establish a permanent doll and toy exhibit, and to that end she bequeathed to us gifts to make that happen, including her own doll collection.  Mary had a significant impact on this Museum, and we are honored to ensure her legacy through this permanent part of the Museum.